Our mission is to provide compassionate care, shelter, food, and medical attention to the animals entrusted to us while promoting adoptions, spay and neuter initiatives, responsible pet ownership and community education.

About the Mobile SPCA 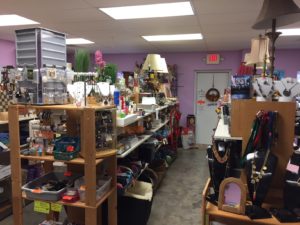 The Mobile SPCA is a non-profit humane society and is one of the oldest continuously operating charitable organizations in Alabama. We are a no-kill, limited intake shelter that offers an adoption guarantee for every healthy or treatable animal we take into our facility.

The Society employs a full time office manager, one office worker, one veterinary technician, five full-time and two part-time kennel staff and one resale store manager. The Maddie's Pet Rescue Project is run from the Mobile SPCA office and employs three staff members. Many other duties including animal care, fostering, clerical work and retail sales are performed by the organization's 200 plus volunteers.

The office, resale shop and adoption center are open six days a week. On average, three volunteers in addition to paid staff answer the telephones daily from 9:00 am until 5:30 pm. The Mobile SPCA office handles approximately 650 telephone calls each week ranging from people who want to adopt a pet, lost pets, people who need assistance or pets that need to be re-homed to cruelty, neglect and abandonment. In addition to an aggressive adoption program, the Mobile SPCA offers spay/neuter assistance, adoption counseling and training, emergency vet care assistance, pet food assistance, educational programs and disaster preparedness information. The Mobile SPCA has been tapped by Mobile Emergency Management to open and run Mobile County's pet friendly shelter during an emergency.

The History of the Mobile SPCA

The Mobile Society for the Prevention of Cruelty to Animals was founded in 1885 at Temperance Hall in the Port of Mobile (Mobile, Alabama) with 13 of Mobile's most prominent men as charter members. Rufus Dane was the first president. The fledgling Mobile SPCA was very active in establishing the first animal welfare laws, protecting the public from rabies and dealing with the first issues of animal control. Julius Docournau was the city's first humane officer. In the 1950's, Laura Jackson was elected the first female president of the Mobile SPCA and was instrumental in getting the first animal shelter built in South Alabama. A stained glass window in honor of Ms. Jackson and her dedication to animal welfare hangs in Christ Episcopal Church, circa 1838, in downtown Mobile. After her death, her daughter Laura Jackson Corley became president.

In 1976, the organization found itself with officers and members with an average age of 80 years old and needed younger members to run the organization. In that year, the Mobile SPCA merged with the Animal Protection Society.

The Society's first office opened in the summer of 1976 on Old Shell Road in Midtown. Ten years later, the organization moved to larger quarters on Springhill Avenue and remained there until 1990. In 1990, the Board felt it was time to own property rather than rent and the Glenwood Street location was purchased. The organization remained at Glenwood Street until October 2000 when it purchased larger property on Zeigler Circle West in west Mobile. The move allowed the Society to broaden the scope of it projects and services and facilitate more adoptions.

With PetSmart entering the Mobile market in 1999 and the receipt of a grant in the summer of 2002 to furnish three cat rooms, the Mobile SPCA began sheltering cats on site. Until that time Mobile SPCA animals for adoption were housed in foster homes and at veterinarian's offices. The adoptions were made through a referral/listing program, veterinarian offices, foster care and the local newspaper Pet-Of-The-Week feature. With the ability to hold monthly dog adoptions and seven day a week cat adoptions at PetSmart and at our office, our adoption numbers rose dramatically.

In 2005, the Mobile SPCA became a Maddie's Pet Rescue Project Partner and refocused its mission to saving and placing for adoption, healthy and treatable animals from municipal shelters before they are euthanized for lack of space. In 2008, the Society opened an Adoption Center and a Resale Shop at the facility. The Adoption Center then gave the Society the ability to house and offer dogs for adoption on-site six days a week while income from the Resale Shop augmented the money needed to care for the additional animals. The Society raised as much as $20,000 in one year at its bi-annual rummage sales and sales from the Resale Shop have tripled since a resale store manager was hired in 2009.

From 2004 to 2009, sick animals or animals not ready for adoption were housed mainly at veterinary clinics. In the summer of 2009, the Society purchased a building adjacent to its facility on Zeigler Circle. This building was converted into an animal clinic and a veterinary technician and consulting veterinarian were hired to care for the shelter animals. This clinic allows the Society to house, treat and get animals ready for adoption eliminating costly veterinary services or boarding costs. All animals offered for adoption are altered, up to date on vaccinations, microchipped and tested. 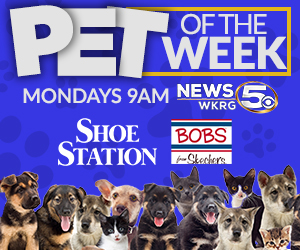 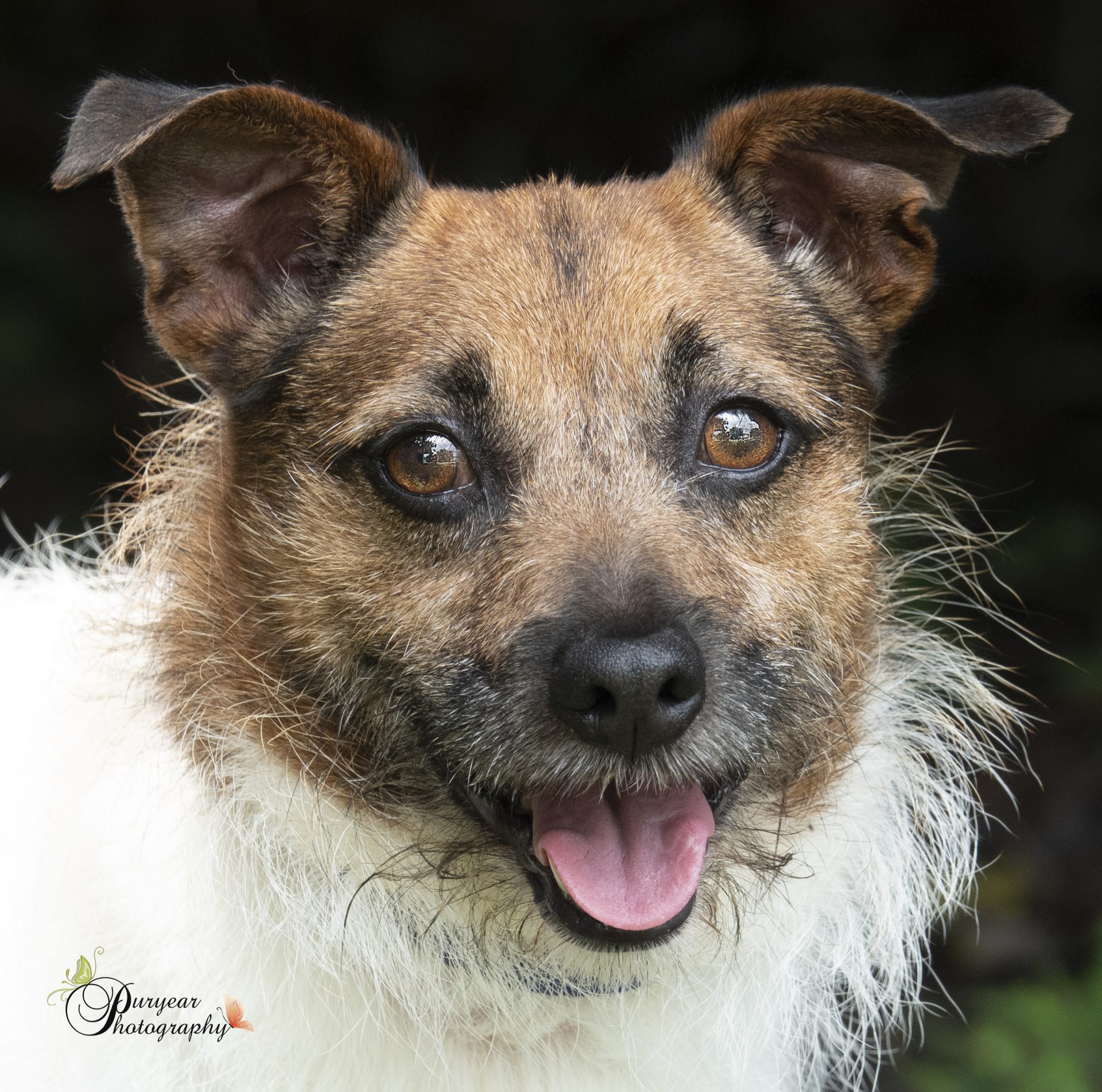 Our Pet of the Week is an 8-year-old terrier mix named Henry. His owner went off to college and the family could not keep him. He is a very calm dog and loves to relax with his peeps. He probably would not want a young puppy in the house with him that would jump all over him but he would be fine with another older dog to relax with.

If you are interested in adopting Henry or one of her other 4o best friends, call the Mobile SPCA at (251) 633-3531 or click here. You will need to fill out an online application, so get started! Once we get your application we will review it and get back in touch with you. Please do not come by the office without an appointment! 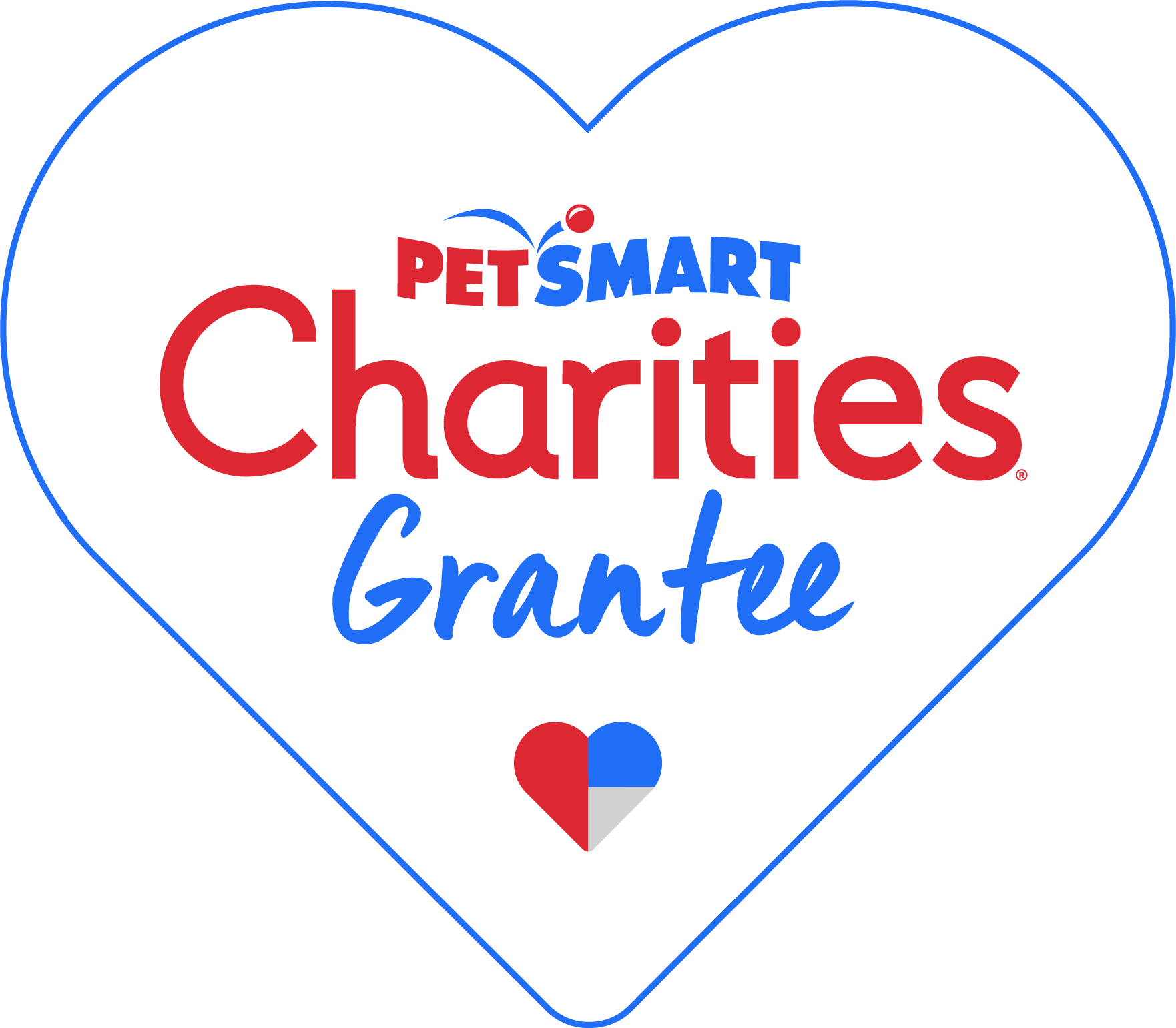